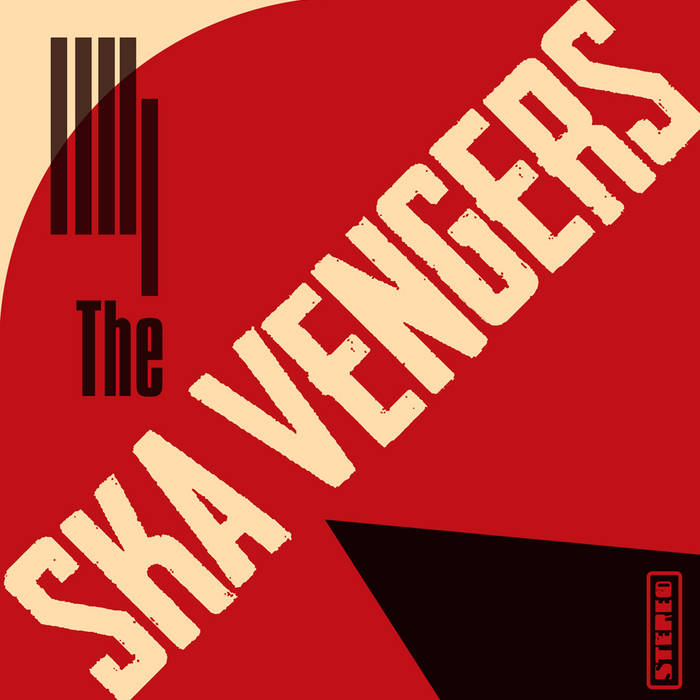 ocrockz I will use it in dj. Favorite track: The Boy Who Radiates That Charm.

Live eight-piece dance/ska band kicking up a rumpus in India.

You had plenty money, 1922
You let other women make a fool of you
Why don't you do right, like some other men do?
Get out of here and get me some money too

You're sittin' there and wonderin' what it's all about
You ain't got no money, they will turn you out
Why don't you do right, like some other men do?
Get out of here and get me some money too

If you had prepared twenty years ago
You wouldn't be a-wanderin' from door to door
Why don't you do right, like some other men do?
Get out of here and get me some money too


I fell for your jivin' and I took you in
Now all you got to offer me's a drink of gin
Why don't you do right, like some other men do?
Oh, get out of here and get me some money too
Track Name: The Boy Who Radiates That Charm
The Boy That Radiates That Charm

I’ve got a boy I’m sure that he’s the one
He’s a pretty little thing and he really goes for me
He’s got those two big sparkling eyes, heaven must have kissed them
He’s the boy that radiates that charm

Up in the morning just to make some money
When I draw my pay I give it all to him
Just to see his eyes light up, ooh its crazy
With the boy that radiates that charm

One, don’t rump with the foundation
How long government a send CRPF battalion
How long Meda Patkar raise peaceful slogan
Dem time deh nobody give a damn

And now di gun dem bust, rougher than rough
Suffer in silence, news never cover you much
‘Cus dem love violence and now it’s in a newsflash
And prime minister a say, insurgency must crush

Propaganda on your TV screen
On the exterior they look so nice and clean
In Emporio I see them pose and preen
Wake up, wake up, things are not what they seem

Indiscriminate loot and plunder
Nuff IED dem a connect to the syringe plunger
Step pan it, it click and it rip man asunder
Type a thing we clap louder than thunder

Chacka Demus and the Pliers have girl Maxine
The one Echo Minott talk about Arleen
Well Ska Vengers talk about Shaheen
So let me tell you bout the girl Shaheen
Her husband was a banker, she no like how him put it in
Everyday him gone a work about nine-fifteen
She call me pan the phone around nine-sixteen
She say Sultanate come over cuz the coast is clean
Jump in my beat up apple green Maruti esteem
Cruise through Delhi traffic it’s the same old scene
Now Shaheen lives in a housing scheme
So I watch for the neighbours and remain unseen

I’m a player, I’m rude, I need no excuse
I do what I choose, I’m tired of your ways
Knock down drunk stumbling down the hall,
Bumpin’ your head up against the wall

Chorus
Whiskey runnin’ down your chin,
I don’t even want to know where you been
I said back down, you better stay mute!

So I’m a player, I’m rude
I need no excuse, I do what I choose

Always knock down drunk stumbling down the hall,
Bumpin’ your head against the wall

Whiskey runnin’ down your chin,
I don’t even want to know where you been,
I said back down, you better stay mute
I’m not the one rolling with Russian prostitutes

CRPF could rape your daughter
Some youths wear the balaclava
Ready to come and unleash the lava
Kashmir look like Gaza
It’s an intifada
Checkposts on the border
And encounter cops like D.G. Vanzara
Too many dem turn into martyrs
Things get our of order
We need real changes not just like Obama
Black Skin White Mask like the one Frantz Fannon
The one Frantz Fannon

Ten by ten – we bust wad a dad eng deng
Nine by nine – you see say when Ska Vengers combine
Eight by eight – we don’t like them their style sound fake
Seven by seven - you should know that music is my weapon
Six by six – we don’t mix with them dutty politricks
Five by five – when Ska Vengers get mad we bring it live
Four by four – we bring it to your chest hardcore
Three by three – we’re in a different category
Two by two - you’re rolling with Ska Vengers crew
One by One
Track Name: Mr Big Stuff
Mr Big Stuff

Not because you wear
All those fancy clothes (oh yeah)
And have a big fine car
Oh yes you do now
Do you think I can't afford
To give you my love?
You think you're higher,
Than every star above


Not because you wear
All those fancy clothes
And have a big fine car
Oh yes you do now
Do you think I can't afford
To give you my love
You think you're higher,
Than every star above

Love your brothers I say, love your sisters


Ring the alarm – alarm get ring up
Love when the big sound system get string up
From oversees dubplates get bring up
Massive get mad and all the fists dem fling up
Badman, dem a raise the gun thing up
Massive, dem try fi hold us down we have to win up
Youth man stay strong and keep your chin up
The government fool we again

So me say gyal, she don’t want the bankerboy
She want the criminal

So then I can love you
And all of me can attend each kiss
No low fraction, of my commonly self
Will be out shopping somewhere else

Remember that gyal, she don’t want di bankerboy she want di criminal
She don’t want no IIT professional
Want the rudeboy gyal she want the animal

I didn’t mean to leave you, in front of the TV
Kissing the noose in the side of an alley
Giving up the ghost to a hole in the wall
Paying penance to the most golden of all
Holding a tube of toothpaste, smiling in a field
Gives credit to the way you hold me here
Feeling all happy, all toothless and loose
Bathing my hands and kissing the noose
Track Name: Ska Vengers Badda
Ska Vengers Badda

Live in the jungle, then we live down in the city
Bare inequity I see that a calamity
Things come to pass and the end wont be pretty
Wont show dem no mercy and no pity


Welcome to Ska Vengers, news report, war report. Switch off your TV’s, turn off your radio. My people my people my people. Brothers and sisters. Students, teachers, professors and prostitutes, bankers, collaborators, wolf and sheep. Those who make the food and those who eat the food. All my rudeboy intellects, all my intellect rudegirls. All my pretty pretty nicey nicey girl whether you want to just wear nice clothes and look good and post profile picture, you do your thing. But all my people this is a warning; things cannot go on like this because they sell out life and things are not going right. So whether you want to dance to the government lies, or wake up tune in and switch off your TV and every idiot business they promote. People this is Ska Vengers.

Bandcamp Daily  your guide to the world of Bandcamp

Featuring Oakland sounds from the Smart Bomb collective and Samplelov.